Posted at 18:53h in Uncategorized by 0 Comments
0 Likes 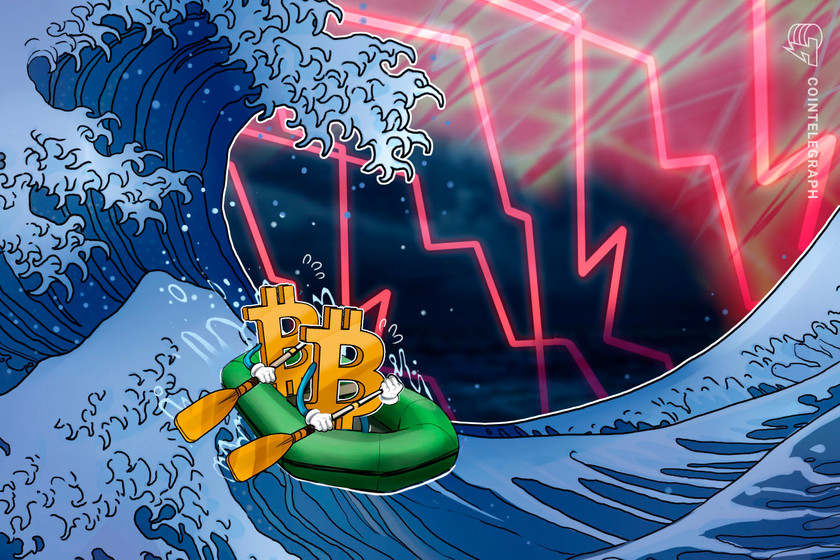 A sharp spike in the 10-year U.S. Treasury yield and an extended Big Tech sell-off is weighing on cryptocurrency prices as investors flee risk-on assets.

Bitcoin (BTC) continues to struggle below $50,000 on March 5 as a spike in the 10-year Treasury yield to 1.62%, its highest level in over a year, has taken a toll on global financial markets and hit risk-assets especially hard.

At the time of writing the S&P 500 and Dow are up 0.46% and 0.64% but the tech sector sell off continues as companies like Apple and Tesla continue to slump further.

Economists see rising bond yields as the result of improvements in the economy thanks to the Covid-19 vaccine rollout and the expectation that economic activity will ramp up as the rate of coronavirus infections drop. The rise in yields has led some to speculate that the Federal Reserve may institute yield curve control or take a more hawkish stance, but so far the central bank has refrained from altering its current plans.

Data from Cointelegraph Markets and TradingView shows that Bitcoin bulls attempted to stage a rally during early trading hours on Friday, pushing the price up 5.25% from a low of $46,280 to an intraday high of $48,725. The $50,000 level has yet to be reclaimed as a firm support and traders are still looking for a daily close above $52,000 to confirm that bullish momentum has been restored.

Despite this week’s pullback, optimism among investors remains high following February’s record-breaking month which saw Bitcoin reach a total market cap of $1 trillion and a new all-time high at $58,532. Ether (ETH) price has also been consolidating for the past two weeks after hitting a new high at $2,033 on put in a record high of $2,033 on Feb. 20.

After strong parabolic rallies, a cooling-off period of range-bound trading and lower support retests is customary and from a technical point of view, Bitcoin and Etheruem are in a consolidation phase.

2021 has seen Bitcoin put on its best yearly start since 2013, but historical data shows BTC price tends to struggle from mid-February to the end of March. A recent report from Delphi Digital highlighted this trend, which has also been applicable to Ether since 2018.

According to analysts at Delphi Digital, Bitcoin’s volatility also increases in March, meaning that moving forward 20% price drawdowns should not come as an unexpected surprise.

Despite the most recent corrections below $50,000, Delphi Digital’s overall outlook remains optimistic and the analysts said there is “nothing in the data or charts giving us reason to believe the peak for BTC this cycle is behind us.”

“Bitcoin’s breakout above $20,000 at the end of last year served as a strong confirmation for its uptrend and marked a significant milestone; zooming out the long-term chart for BTC/USD looks very promising.”

The analysts also suggested that Bitcoin could possibly overtake gold in the future as the precious metal’s 9.8% decline year-to-date has been its worst in more than 30 years.

This is possibly due to a divergence in fund flows between Bitcoin investment products and the world’s largest gold ETFs that has emerged in recent months and Delphi Digital hinted that the longer gold underperforms, “the more attention BTC is likely to garner.”

While Bitcoin and most major altcoins are in the red today, there are a few notable standouts for the week.

Theta (THETA), a blockchain-powered video streaming platform, saw its price surge to a new record high of $4.50 on March 4. SwissBorg (CHSB) price also rallied 13.04% to establish a new high at $1.16.