A peek into the Bitcoin miner’s 2020: Interview with BTC.top’s Jiang Zhuoer

05 Mar A peek into the Bitcoin miner’s 2020: Interview with BTC.top’s Jiang Zhuoer

Posted at 11:55h in Uncategorized by 0 Comments
0 Likes 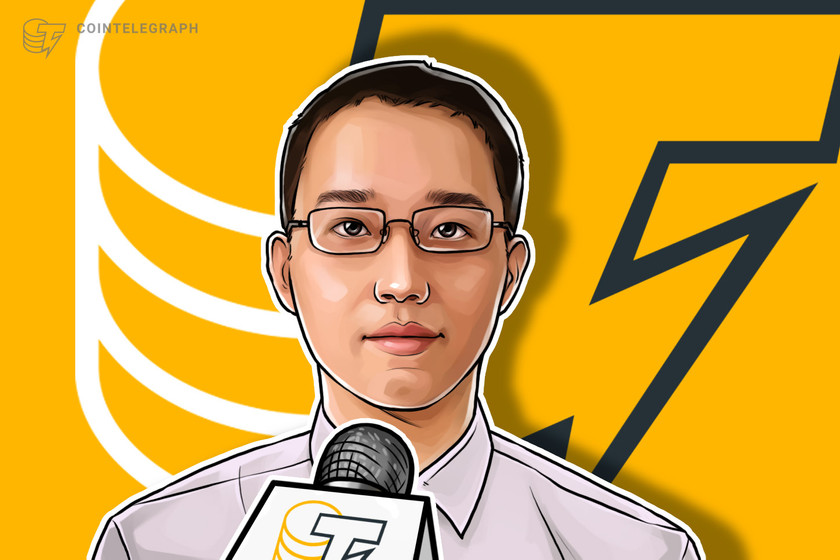 Miners are making bank amid the price rally as manufacturers struggle to produce chips.

After a tumultuous 2020 that continued into Bitcoin (BTC) setting new all-time highs in 2021, Bitcoin miners are facing a bittersweet scenario — profits have skyrocketed, but multiple issues prevent them from buying more devices and boosting Bitcoin’s hash rate.

According to the founder of major mining pool BTC.Top, Jiang Zhuoer, global electronics supply chain issues are having their effect on the mining industry as well. Speaking with Cointelegraph, he said:

“There is definitely a shortage of equipment right now because, since the coronavirus epidemic, the global supply chain has been interrupted and is now in the process of gradually recovering. But the demand for chips has greatly increased, so now all industries are short of chips, whether it is Bitcoin mining or other industries, such as consumer electronics or even the automotive industry.”

Recently, car manufacturing giant General Motors shut down some of its plants due to the inability to source chips. Other carmakers have seen similar shutdowns in recent months as well.

Bitcoin’s hash rate has a relatively straightforward correlation with price. Barring new technological advances, increases in price should be closely mirrored by increases in hash rate. While the rate of new devices coming online should lag behind the price in bull markets, the hash rate has remained relatively stagnant in the past few months.

This means that current miners are seeing much higher revenue for individual devices, which, added to the shortage, results in inflated unit prices for ASIC miners. According to ASICMinerValue, obtaining a Bitmain S19 Pro right now costs about $9,000, while its official price is less than $4,000.

According to Jiang, the mining industry also saw major issues in 2020 due to Bitmain’s internal power struggle. “The indefinite delay of the Ant mining machine S19 in June, July and August 2020 caused us a lot of difficulties. We underwrote our customers according to the shipment period and used our own machines to make up the revenue to our customers,” Jiang said. With the Bitmain saga being resolved in favor of Micree Zhan, there should be no more specific issues with purchasing the company’s miners.

Despite the variety of issues, 2020 was also a pivotal year for the Bitcoin mining industry due to the release of new-generation ASIC devices with improved energy efficiency. The industry leaders were the Bitmain Antminer S19 Pro and MicroBT Whatsminer M30S+ series. Publicly listed manufacturer Canaan also released new miners such as the AvalonMiner 1166 Pro and the liquid-cooled A1066I unit.

The new miners offered significant efficiency gains, primarily due to their more advanced chip lithography. The S19 Pro uses 7-nanometer chips, while the M30S+ uses 8-nm lithography. The measurement indicates the distance between two ends of a transistor on a chip — at these values, it is just a dozen atoms wide. Lowering the distance helps increase computing performance and reduce power consumption.

Jiang explained that the Bitcoin mining industry is currently experimenting with TSMC’s 5-nm process, while the chip manufacturer is already researching 3-nm lithography. A reduction from 5 to 3 nm would be a major achievement for the computing industry, as it would allow to pack roughly 60% more transistors in the same chip. But according to Jiang, the latest advancements in chip technology are hitting some fundamental physical limits:

“The smaller the nanometer [distance], the less significant the increase in power efficiency, because when the nanometers decrease to a certain level, it will involve quantum problems. […] The quantum [tunneling] effect will cause electrons to jump around between different diodes, therefore, the electron leakage ratio will rise.”

The practical result is that newer chips will have better computing performance but are unlikely to carry as strong improvements in energy efficiency, Jiang said. “Bitcoin mining actually does not require high computing; it requires a better power efficiency — that is, the less power you consume with the same hash power, the better,” he added.

Other types of performance improvements like liquid cooling can be useful but do not radically alter the miner’s efficiency. Jiang explained:

“Liquid cooling can only improve the mining efficiency by a certain degree. For example, a machine with 100 watts per terahash power efficiency, if you use an air-cooling system, after a period of time, due to dust or inappropriate cleaning, the machine’s power efficiency will decrease to 105 watts-terahash, while the liquid cooling system can allow you to increase the efficiency to about 95 watts-terahash. That’s only a 5% improvement — this difference is not significant.”

Is now a good time to enter the mining industry?

The vastly inflated revenue for miners comes as the global electronics industry is under intense pressure. Normally, new devices would quickly fill the gap and bring down the average revenue to mean values. The current chip shortages mean that this outcome may take longer than usual to occur, but existing devices are still being sold at a significant-enough premium to make prospective buyers consider their actions twice. For example, the S19 Pro currently has a return-on-investment period of eight months based on the electricity price of $0.04 per kilowatt-hour. However, if its revenue were to collapse to the still-high levels of December 2020, the miner would need to work for up to 40 months to pay itself back.

In the three years that the miner could potentially require to turn a profit, new devices could make the S19 partially obsolete, prolonging the payback period even further. Still, according to Jiang, the mining industry could be heading for consolidation around state-of-the-art devices, with only marginal improvements over previous generations. This would improve the lifetime expectation for mining devices, ensuring the stability of any investment made now or in the future. ASICs have already stabilized to a significant extent, as the five-year-old Bitmain S9, for example, only became completely unprofitable after the 2020 halving but is now once again generating a reasonable profit of $3 per day, assuming electricity prices of $0.04 kWh.

“Unless you buy a very expensive mine at the peak of the bull market, it’s hard not to make profits,” Jiang concluded.

Jiang believes that the economics of mining makes it a superior method to acquire Bitcoin and hold it through the entirety of a rally. According to him, most Bitcoin miners kept their BTC all the way to $20,000 in 2017, while regular holders had a much lower chance of holding through to the top.

Jiang didn’t wish to elaborate on the data source of this conviction, which goes against the general wisdom that miners immediately sell the Bitcoin they mine. An analysis by Coinmetrics shows a nuanced picture: Miners hold a very significant portion of the Bitcoin supply, most of which was acquired in the early years of its existence. Partially confirming Jiang’s thesis, during the 2017 bull market, the miners seem to have accelerated their selling only around October, closely timing the top at the time.

A sizable increase in the miners’ Bitcoin holdings can be observed toward the end of 2019, suggesting that they began holding a larger proportion of their proceeds. Still, the relative prevalence of miner holdings has been on a steady decline throughout Bitcoin’s history, indicating that most of the BTC they mine ends up sold on the wider market.

According to Jiang, though, miners can be less influenced by loss aversion: the natural human tendency of avoiding more profitable outcomes if they also carry higher risk.

He explained that the mechanics of mining make it psychologically easier to hold through volatile markets:

The case for acquiring Bitcoin exposure through mining remains nuanced. In most cases, breaking even on the investment requires waiting for a year or more, depending on the initial entry point. Compared to buying Bitcoin outright, miners may lose out on major price gains immediately after, but this is compensated by higher resilience during market downturns. The mining device can pay itself off even if the price of Bitcoin takes exceedingly long to return to its previous highs.

Bitcoin mining is not just for professionals

Being a successful miner is similar to running a business. After an initial setup cost, the venture can turn a steady profit but requires maintenance and oversight. Not everyone has access to the conditions required to set up a successful mining farm, the most important of which is the location — cheap electricity is a must for miners.

It is still possible to purchase ASICs from retail shops and mine at home, provided that the home electricity price is below $0.10 kWh. Such figures can usually be found only in developing countries that have ample natural resources.

Some mining pools and companies offer a variety of ways for others to use their facilities — for a fee. The primary methods are colocation and cloud mining, which differ significantly in terms of their structure. Colocation services merely charge a fee for electricity and maintenance, while the devices are provided by the client. Cloud mining services are, in general, much different and riskier than self-hosted mining. Usually, the contracts last a predefined amount of time and carry significant maintenance costs. This gives a limited amount of time to recoup the initial investment, making it more of a bet on the price of crypto with somewhat limited upside. Overall, the opacity of the mechanism often raises questions from regulators about the legitimacy of some cloud mining operations.

“For example, a customer spends 10,000 yuan [$1,540] to buy a mining machine to dig a mine. When he receives 10,000 yuan of Bitcoin from the mining machine, after his investment returns the capital, we start to charge service fees. The Bitcoin produced afterwards is net profit. We collect 20% of the net profit — that is, 20% of the Bitcoin produced later. If the customer doesn’t get back the money in the end, we won’t charge.”

The BTC.top platform is thus closer to an assisted colocation service than classical cloud mining, with the company also allowing clients to “withdraw” their miners and have them delivered to a destination of their choosing.

As the Bitcoin mining industry stabilizes and matures, the companies involved in the business may become important diversification tools for investors. The unique risk and reward profile of mining is similar to gold mining companies, which are traditionally included in many exchange-traded funds for gold exposure. Jiang concluded with another parallel between Bitcoin and gold: