Posted at 18:42h in Uncategorized by 0 Comments
0 Likes 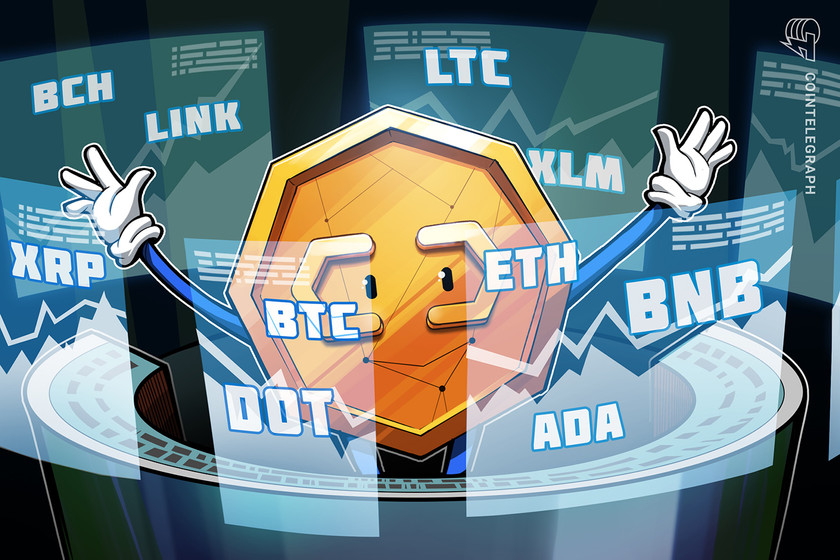 Now that Bitcoin price has flipped $50,000 back to support, small and large-cap altcoins are gearing up for a move higher.

Loeb’s move into crypto seems to have prodded ‘Shark Tank’ star Kevin O’Leary to allocate a portion of his portfolio to Bitcoin. Additionally, O’Leary hinted that every operating company that he had invested in was considering investing in Bitcoin.

Billionaire Tim Draper expects Netflix to be the next Fortune 100 company to add Bitcoin to its balance sheet. Draper voiced his views while appearing on the Unstoppable Podcast. He also speculated that Amazon could start “accepting Bitcoin pretty soon.”

These developments show that the institutional adoption of Bitcoin is only in its infancy and it is likely to grow in the future.

It is heartening to see that former Bitcoin naysayers are now voicing their favorable opinions of the digital asset. Billionaire Mark Cuban recently schooled gold bug Peter Schiff on Twitter, suggesting that gold would soon lose its status as a store of value. Cuban also highlighted the advantages Bitcoin held over gold.

With all these positives, it is no surprise that Bitcoin’s price action has resumed its bullish momentum. Let’s analyze the charts of the top-10 cryptocurrencies to spot the strengths and weaknesse.

Bitcoin surged and closed above the 20-day exponential moving average ($48,123) on March 1. The bears tried to pull the price back below the 20-day EMA on March 2 but failed, which suggests that traders are buying on dips.

The buyers pushed the price above the $52,040.95 overhead resistance today but the bears are not ready to give up just yet. The long wick on the day’s candlestick suggests the bears are selling on rallies.

If the price turns down from the current levels and breaks below the 20-day EMA, the BTC/USD pair could drop to $41,959.63. The price could then remain range-bound between these two levels for a few days.

On the other hand, a break below the 50-day simple moving average ($41,921) will be the first indication of a possible change in trend.

Ether’s (ETH) has broken above both moving averages today and the bulls are currently attempting to resume the uptrend. However, the bears are unlikely to give up easily as they may try to stall the up-move at the current levels.

If the price turns down from the 20-day EMA, it will signal that trader’s sentiment is shifting from buying on dips to selling during rallies.

Cardano (ADA) is currently witnessing a minor correction in an uptrend. The altcoin has formed an inside day candlestick pattern, which indicates indecision among the bulls and the bears about the next move.

If the uncertainty resolves to the downside and the bears sink the price below $1.55, a fall to the 20-day EMA ($1.05) is possible. A rebound off this support will suggest that the sentiment remains bullish as the traders continue to buy on dips

If the ADA/USD pair breaks below the 20-day EMA, it will indicate profit-booking by traders. That could pull the price down to $0.9817712 and if this support also cracks, the decline could extend to $0.80.

Contrary to this assumption, if the price turns up from the current levels and the bulls push the pair above $1.30, a retest of $1.4852896 is possible. A breakout of this resistance could resume the uptrend with the next target objective at $1.83.

The bulls will now try to push the price to $281 where the bears are likely to mount a stiff resistance. If the price turns down from this level, the bears will again try to sink the price to the 20-day EMA ($208). A bounce off this support or $189 could keep the BNB/USD pair range-bound for a few days.

Polkadot (DOT) has consistently closed in the green for the past five days, which shows that traders continue to buy at each higher level. The rising moving averages and the RSI near the overbought zone suggest an advantage to the bulls.

The DOT/USD pair could now rise to the all-time high at $42.2848. If the bulls can drive the price above it, the pair could start the next leg of the uptrend that may reach the psychologically critical level at $50.

Contrary to this assumption, if the price turns down from the overhead resistance, the pair may again correct to the 20-day EMA ($32.27). A break and close below $30 could signal a possible change in trend.

XRP bounced off the 50-day SMA ($0.41) on March 1 and reached the 20-day EMA ($0.46) today. The bears are currently pushing back at the 20-day EMA. If the price turns down, the altcoin could remain stuck between the moving averages for a few days.

This view of a consolidation could invalidate if the bears sink the price below the 50-day SMA. If that happens, the XRP/USD pair could drop to $0.359 where the buyers may step in and provide support.

Litecoin (LTC) has broken above the 20-day EMA ($186) today, which suggests that the bulls are attempting to make a comeback. If the bulls can sustain the breakout, the altcoin could rally to $205 and later to $240.

However, the flat 20-day EMA and the RSI just above the midpoint suggest a range-bound action for a few days. If the price turns down from $205, the LTC/USD pair could again drop to $160 and consolidate between these two levels.

The pair could turn negative if the price reverses direction from the current levels and plummets below the uptrend line.

However, the bulls did not give up ground and have again resumed the up-move today. The LINK/USD pair will now attempt to retest the all-time high at $36.9307. A breakout of this resistance could start the next leg of the uptrend that may reach $40 and then $46.

The 20-day EMA has started to turn up and the RSI has jumped into the positive territory, indicating advantage to the bulls. This positive view will invalidate if the price turns down and breaks below the 50-day SMA.

The flat moving averages and the RSI just below 49 suggest a balance between supply and demand. If the bulls can drive and sustain the price above the 20-day EMA, the BCH/USD pair could rally to $631.71 and then $745.

Contrary to this assumption, if the price again turns down from the current levels, the bears will try to sink the pair below the uptrend line. If they succeed, the pair could extend the decline to the next support at $370.

Stellar Lumens (XLM) has been trading close to the 20-day EMA ($0.427) for the past few days. A tight consolidation near a resistance usually results in a breakout because it shows that traders are not closing their positions in a hurry.

If the bulls can push the price above the 20-day EMA, the XLM/USD pair could rise to the resistance line of the descending channel where the bears may again try to stall the relief rally. If they succeed, the pair could again drop to the 50-day SMA ($0.375) and then to $0.35.

On the contrary, if the bulls push and sustain the price above the descending channel, it will suggest that the correction has ended. The pair could then rise to $0.50 and then to $0.600681.