Posted at 16:17h in Uncategorized by 0 Comments
0 Likes 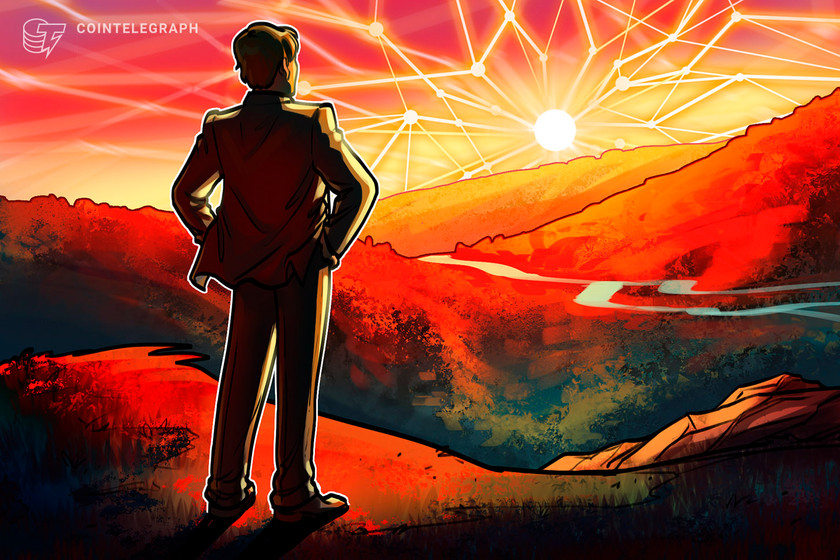 Institutional investors are rushing to acquire and add Bitcoin to their portfolio — but is it too late?

Institutional investors are seen to be rushing toward Bitcoin (BTC) at high speed, with more companies emerging that look to adopt Bitcoin as a way to store their reserves. Recently, Marathon Patent Group, a Nevada-based Bitcoin mining company, has bought $150 million worth of Bitcoin as a reserve asset, a move similar to MicroStrategy purchasing $425 million worth of Bitcoin in September 2020. This purchase made Marathon Patent Group the third-largest holder of BTC among publicly traded companies

In addition to Marathon, BlackRock, the world’s largest asset manager by virtue of assets under management, has stated in its new filings to the United States Securities and Exchange Commission that Bitcoin derivatives now could be a part of the investment schemes of two of its associate funds, BlackRock Global Allocation Fund Inc. and BlackRock Funds. This is bound to set a precedent for other large asset management companies, such as Vanguard, UBS Group, State Street Advisors, etc., to enter into the domain of crypto investments.

According to research done by technology researcher Kevin Rooke, publicly traded companies now hold over $3.6 billion worth of Bitcoin, which is a 400% increase within the last 12 months. In 2019, these companies barely had 20,000 BTC in their portfolios, a number that has now jumped to 105,837 BTC, with the biggest holders being MicroStrategy, Galaxy Digital and Marathon Patent Group. Institutions are now getting involved in the Bitcoin market as some are expecting Bitcoin to become a digital alternative to gold.

The price of Bitcoin has jumped from around the $7,250 mark at the start of 2020 to its all-time high of $41,940 on Jan. 9 this year. This jump entailed that investors got a 303% return on their investment in Bitcoin over 2020. These returns surpassed the returns of market indicators such as S&P 500, Nasdaq Composite Index and gold by a significant margin.

These abnormally high returns with Bitcoin have led institutional investors to feel fear-of-missing-out, especially since several prominent traditional finance firms have tipped that Bitcoin could hit $100,000 later this year. Scott Freeman, co-founder and partner at JST Capital — a firm specializing in digital assets for institutional investors — told Cointelegraph that “BTC is more broadly recognized as an asset in its own right,” adding: “Funds that missed out on the growth in 2020 are being pushed by their investors to get exposure to this asset.”

In addition to the high returns that Bitcoin and other cryptocurrencies have offered throughout 2020 and continuing into 2021, institutional investors are looking to use Bitcoin to hedge risks from other assets on their portfolios that have a low correlation to the cryptocurrency markets.

Sergey Zhdanov, chief operating officer and chief financial officer of EXMO — a U.K.-based crypto exchange — told Cointelegraph that “cryptocurrencies have a higher practical value compared to gold.” He further pointed out that this “confirms the fact that cryptocurrencies have a chance to develop their applied characteristics (means of payment and circulation) and not only investment ones.”

An instance of institutions using Bitcoin as a hedge for their portfolios is when Ruffer Investment Company announced to its investors that it now holds 2.5% of its portfolio in BTC, stating that “we see this as a small but potent insurance policy against the continuing devaluation of the world’s major currencies.”

With a lot of institutions now buying Bitcoin and other cryptocurrency assets, one could argue that these investors are slightly late to the party and are buying assets at a higher price point than they would if they had adopted the crypto realm merely a year ago. However, Simon Peters, market analyst at eToro — a social trading and multi-asset brokerage company — told Cointelegraph:

“The institutions buying Bitcoin now and holding it as a reserve strategy can still be considered early adopters in a corporate sense. In the coming months and years, investors will look back at the start of 2021 as an opportune moment to get into crypto. Early adopters are opening the playing field for others to join.”

Buying and holding Bitcoin as a reserve currency for their portfolios to complement traditional assets is only the first step to widespread exposure. As these institutions become more familiar with digital assets, they will delve into other ways of utilizing them, such as for payments, remittance and settlement purposes, according to Peters, who added: “We may even see central banks holding Bitcoin if it grows in status to become a global reserve digital currency.”

Earlier this month, eToro released its “Institutional Cryptoasset Trading” report, which shows that one of the greatest barriers to institutional adoption of crypto is the insufficient market capitalization. However, now that the market capitalization has passed $1 trillion, the traditional players coming in are expected to accelerate the growth to $2 trillion in the near future. Peters further outlined how the new incoming administration in the United States responds to crypto will be critical:

“In the world of regulation, the new U.S. administration — including the arrival of a new Treasury Secretary, Head of the OCC, SEC Chairman and CFTC chair — could dramatically affect the evolution of the crypto market and how it links with traditional markets.”

Is the market still reacting to institutional buying?

The market is currently making institutional investors join the market as they are being pushed by their clients who want exposure to this fast-growing asset class. But these investors buying into Bitcoin is not really affecting the price action of the market in the current scenario, as that’s what is expected of them acting as somewhat of a lag indicator for these markets. Thus, it’s questionable whether these investments are actually pushing the market forward.

However, Zhdanov thinks that in the long term, these investments will push the market, as large investors tend to hold on to their positions. Furthermore, the number of new BTC addresses created daily still hasn’t reached the 2017 level, suggesting that the current growth is organic in nature. Freeman added that the entry of these players could benefit the volatility of these assets: “These investors tend to have a longer investment horizon and will tend to counterbalance the short-term volatility that may be caused by typically shorter-term retail investors.”

It’s important to remember that the BTC market is still more speculative than one that follows rules of traditional trading based on the fundamentals and technical analysis. The most recent example of this is Elon Musk, who added #Bitcoin to his bio with a related tweet saying: “In retrospect, it was inevitable.”

Related: Institutional demand for crypto isn’t subsiding, but impact will be gradual

Bitcoin price responded with a surge that was later labeled as the “Elon Candle,” wherein it jumped by 13.9% within the next 30 minutes. This by itself is evidence of how speculative the market is at the moment. However, irrespective of these short term price movements, it is expected that more institutional investors will flock to the crypto markets for the lucrative gains, hedging opportunities and exposure they offer to diversified portfolios, albeit at a slower pace than many would like to believe.