Posted at 01:15h in Uncategorized by 0 Comments
0 Likes 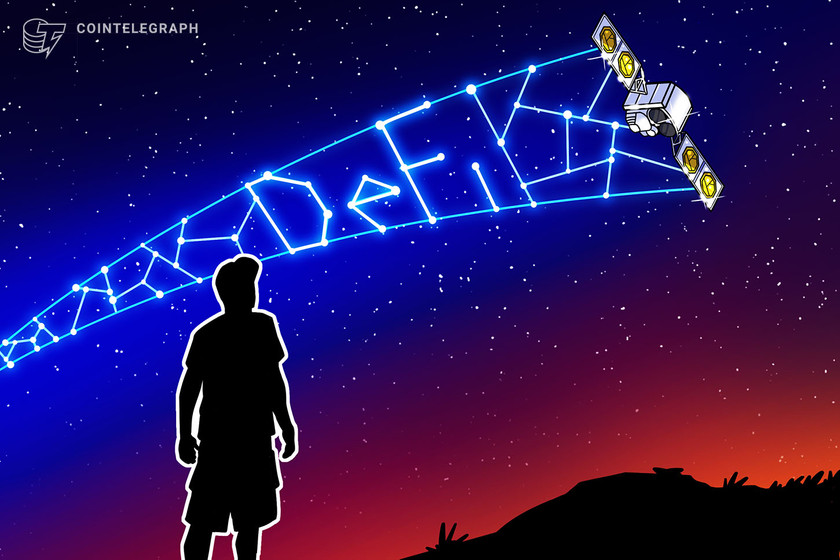 The DeFi sector is booming again and the need for fast, scalable, Ethereum alternatives has sent Solana (SOL) trading volume to record-highs.

2021 got off to a quick start and the current crypto bull market has seen assets like Bitcoin (BTC) and Ether (ETH) shoot to new all-time highs on an almost daily basis.

While new price highs are positive for investors, they do present a range of challenges relating to fees, transaction speeds and the centralization of what is meant to be a decentralized ecosystem. Since mid-2020 institutional investors have been steadily flooding into cryptocurrency and this is exacerbating the issue of scalability, high transaction costs and lengthy confirmation times on the Bitcoin and Ethereum blockchain.

Eth2 is steadily rolling out, but it could still be some time before users will benefit from its host of new features. This leaves the door open for other viable candidates to fill the void and a handful of layer 2 projects are gaining traction in the decentralized finance space.

One such project that has been making waves in the past 6 months is Solana (SOL). Founded by Anatoly Yakovenko and designed a team of former engineers from globally recognized companies including Intel, Dropbox, and Qualcomm, Solana claims to be a censorship-resistant blockchain that provides the open infrastructure required for global adoption.

Some experts view the project as a possible Ethereum competitor and FTX exchange co-founder and CEO Sam Bankman-Fried threw his support behind the project when he chose it to host his DeFi project called Serum.

According to Bankman-Fried, Ethereum is incapable of handling the rapid growth seen in the decentralized finance sector and the only way around the scalability and transaction fee challenges is to build on other networks like Solana.

Bankman-Fried claims to have thoroughly tested more than 30 of the top blockchain projects, including Ethereum, before settling on Solana and in the past he referenced the network’s ability to process 50,000 transactions per second.

Initially after listing at exchanges, SOL token traded between the $0.50 to $0.91 range in April and July of 2020. This was before any major project developments were announced but on July 27, Bankman-Fried tweeted:

“Serum is built on the @solana blockchain. Solana can process 10,000 times as much as Ethereum; and it’s 1,000,000 times cheaper. And unlike many side chains, Solana is a fully-fledged, decentralized blockchain with over 100 validators.”

Shortly after the announcement, SOL saw a noticeable uptick in buy pressure as and over the next two months its volume and price surged as the average daily volume increased from $1 million to $41 million and the token price spiked to $4.89.

As the DeFi bull run ended and traders took profits, SOL was not spared from the carnage and its price fell as low as $1.21 before reclaiming the $3.00 range in the past month.

Aside from existing as a efficient alternative to the Etheruem network, the Solana blockchain has followed the footsteps of other networks that realize how integral stablecoins are to the growth of the crypto sector.

In response to the recent announcement from the OCC that banks “may use new technologies, including INVNs and related stablecoins, to perform bank-permissible functions, such as payment activities,” the Solana team tweeted that the approval would also benefit SOL and the network. Twitter feed.

“Big news for public blockchains & stablecoins! USDC is already integrated on Solana, which is the only chain today that can settle 50k+ txns per second, with fees as low as $0.00001 per txn. Over $50,000,000 in USDC-SPL is currently in circulation!”