Posted at 18:43h in Uncategorized by 0 Comments
0 Likes 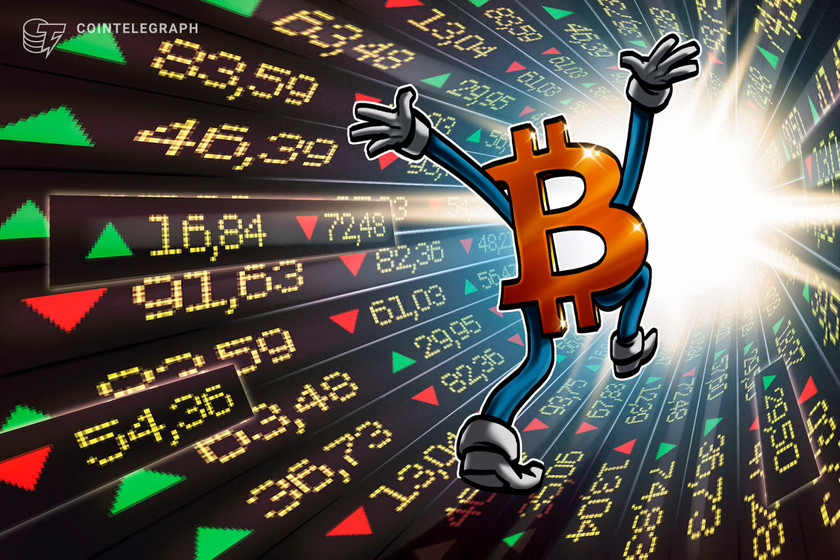 Shares of MicroStrategy (MSTR), a business intelligence firm with considerable exposure to Bitcoin (BTC), declined sharply on Monday as profit-taking ensued following a parabolic rally over the past month.

The stock touched an intraday low of $464.51 in New York trading, representing a decline of almost 13%. It would later pare losses to trade around $500 pe share. At current values, the company has a total market capitalization of around $4.6 billion. Last week, the stock peaked just below $512, marking a new all-time high.

The broader equity market was also under pressure on Monday, with the S&P 500 Index and tech-heavy Nasdaq each falling more than half a percent.

MSRT’s pullback coincided with a sharp decline in both the price of Bitcoin and the broader crypto markets as investors took profits following a relentless surge over the past three weeks. Even with the decline, MSRT’s share price has gained a whopping 300% since last summer when CEO Michael Saylor first disclosed the company’s Bitcoin position.

MicroStrategy is the world’s largest corporate holder of Bitcoin, with 70,470 BTC on its books as of Monday, according to industry data.

The firm has been buying up the digital asset on the belief that Bitcoin represents a “dependable store of value and an attractive investment asset with more long-term appreciation potential than holding cash.”

Despite its dramatic appreciation over the past few months, Bitcoin remains a highly volatile asset. At the time of writing, BTC was just under $32,000, having declined 20% over the past 24 hours.