Uphold will not delist XRP before court decision
3003
post-template-default,single,single-post,postid-3003,single-format-standard,bridge-core-2.3.7,ajax_fade,page_not_loaded,,qode_grid_1300,footer_responsive_adv,qode-content-sidebar-responsive,qode-theme-ver-22.3,qode-theme-bridge,disabled_footer_bottom,qode_header_in_grid,wpb-js-composer js-comp-ver-6.2.0,vc_responsive,elementor-default,elementor-kit-199

Uphold will not delist XRP before court decision

04 Jan Uphold will not delist XRP before court decision

Posted at 15:23h in Uncategorized by 0 Comments
0 Likes 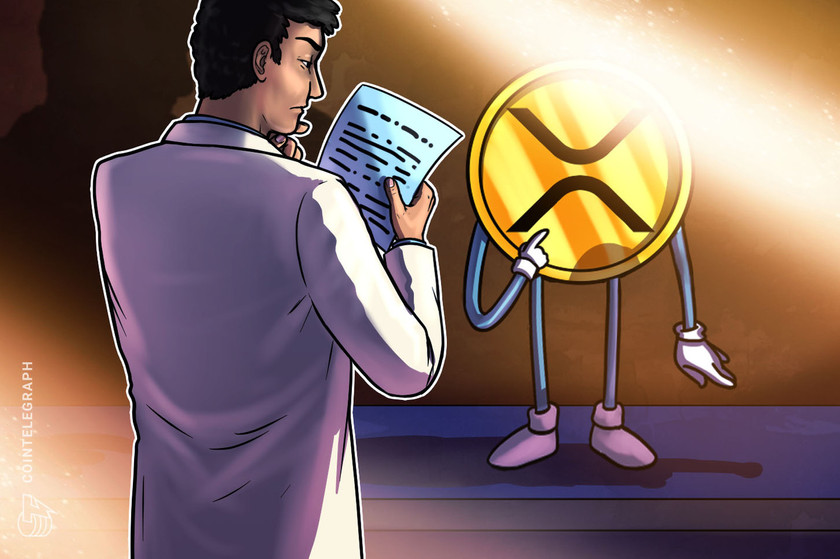 The payments processor and exchange is committing to only delist XRP if and when the lawsuit is resolved.

Cryptocurrency payments processor and exchange operator Uphold has formally clarified that it will not delist XRP for the time being.

As part of an announcement made on Monday, Uphold stated it will not be removing XRP from its crypto offerings until the lawsuit filed by the United States Securities and Exchange Commission is resolved.

“Uphold has decided to continue listing XRP until and unless the SEC’s Complaint is adjudicated in the SEC’s favour and XRP is judged to be a security today (or trading volume dissipates to a point where we can no longer support XRP).”

The exchange noted that the lawsuit against Ripple and its executives is an allegation, and no U.S. court of law formally deemed XRP a security. “We trust that other Exchanges will adopt a similar stance rather than rushing to judgement ahead of the Court’s decision,” the announcement reads.

The exchange has also questioned the SEC’s heavy-handed action against Ripple, which has sent the price of XRP on a powerful downward plunge. XRP lost more than 50% of its value since rumors about the enforcement began circulating, from about $0.57 to $0.23 as of press time.

The losses have been compounded significantly by a string of delisting announcements by major exchanges, first Bitstamp, then Coinbase, Binance.US and eToro. Major hedge funds and institutional service providers like Bitwise and Genesis Trading have likewise dropped support for the asset.

The delistings were largely seen as a precautionary measure to protect against regulatory risk. The lawsuit is still in its earliest stages, with a pre-trial virtual hearing scheduled for Feb. 22.

In the meantime, Ripple has vowed to defend itself against the SEC. Likewise, a host of community members are drumming up support through petitions and class-action motions.

Cointelegraph reached out to Uphold for comment but did not immediately receive a response. The article will be updated should more information come through.