Posted at 21:32h in Uncategorized by 0 Comments
0 Likes 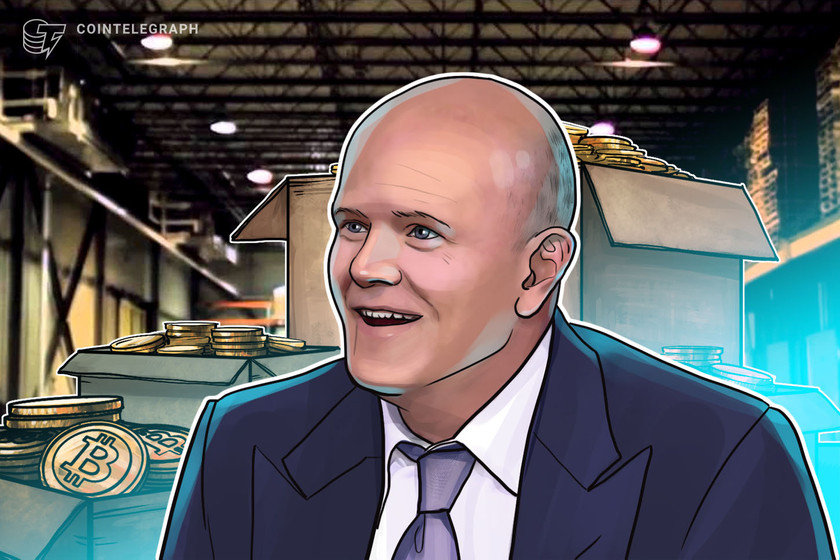 According to the Galaxy Digital CEO, institutions have a greater opportunity to buy Bitcoin currently in circulation, driving up the price.

In an interview with BBC World News today, Novogratz said governments around world printing money and “debasing fiat money” was fueling the ongoing Bitcoin (BTC) bull run, but institutional players getting into crypto may be the bigger story. The Galaxy Digital CEO said major firms had changed their tune on crypto in the last three years, potentially affecting the supply of available coins.

“Now we’re seeing places like PayPal — at 340 million customers — servicing Bitcoin and selling Bitcoin [along with] big insurance companies in the United States,” said Novogratz. “As the institutions move in, there just is not a lot of supply […] There are a lot more than 21 million millionaires out there.”

Fun on the BBC. pic.twitter.com/mTSNXMVceZ

Macro investor Raoul Pal echoed Novogratz’s bullish sentiment, saying that he believes it’s possible for the price of Bitcoin to reach “between $400K and $1.2M” by the end of this year if trends were to continue. Pal revealed in November that 98% of his liquid net worth was invested in BTC and Ether (ETH), but added that he “still [doesn’t] own enough.”

Novogratz has also changed his opinion on what percentage of their portfolios investors should be allocating to Bitcoin. Before November, the Galaxy Digital CEO said Bitcoiners should have invested up to 3% into BTC and HODLed for five years. However, last month he advocated new investors put 5% into BTC because “Bitcoin’s not going back to zero.”

Many major institutions joined the crypto space for the first time in 2020. Business intelligence firm MicroStrategy announced that it had purchased $425 million in BTC — an investment now worth more than $1.2 billion — and later bought the dip to add $650 million BTC to its holdings. In December, Massachusetts-based insurance firm MassMutual purchased $100 million in BTC for its general investment account.

At the time of publication, the price of Bitcoin is $33,727, having risen 6% in the last 24 hours. This puts the crypto asset within reach of a new all-time high since passing $34,700 earlier today.