Demystify 2021 with crypto trend predictions from the Cointelegraph crew

Posted at 18:47h in Uncategorized by 0 Comments
0 Likes 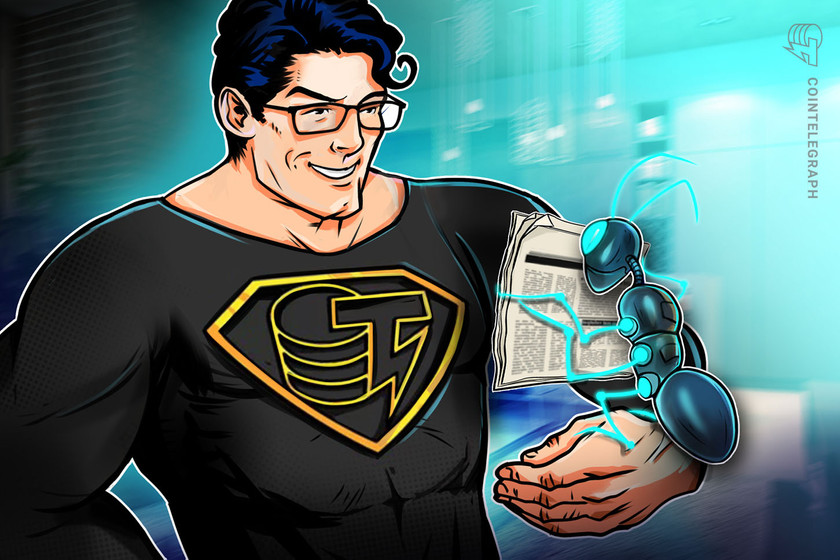 How will the crypto industry fare in the new year?

Another year has come and gone. The rollercoaster that was 2020 requires little (if any) preamble. It must be said, however, that the blockchain segment experienced something of a return to form during these otherwise painful latter days. Indeed, we closed the year with prices on the up, legal ambiguities increasingly dehazed, and the adoption of distributed technology at a historic apex. With these expository factors lighting our way, let us take a moment to gaze into the future, as speculatively foreseen by the staff at Cointelegraph.

We asked our teammates where they saw our industry heading in 2021. The following represents a narrative amalgamation of their responses.

We have witnessed parabolic prices shortly after halvings, followed by multi-year long periods of bearish exhaustion, twice in the past decade. Signs seem to point to a continuation of this trend as we enter 2021. How high will everyone’s favorite gold analogue inflate before glissading back down to earth? It’s anyone’s guess.

Unlike past markets, which were guided largely by consumer adoption, the present bull run appears motivated by different forces. At long last and with deafening resound, traditional institutions and mega investors have taken notice of our once-niche collective. Others are likely to follow the road paved by Grayscale, MicroStrategy, Square and Paul Tudor Jones once they have weighed their risks against the reward. If this trend continues on its current trajectory, the resulting market scarcity could propel numerous cryptocurrencies upward to prices that some may find offensive to reason.

We are likely to observe a continued shift in the narrative for Bitcoin (BTC) and other blue-chip crypto assets, as blockchain tech sheds its scandalous affectations for the luster of respectability. Talks of Bitcoin as a safe-haven asset may emanate through the coming year, especially with the unrelenting presence of COVID-19 and the ostensible, inflation-driven collapse of cornerstone fiat currencies.

Payments services may scramble to include native crypto features and integrate enterprise use cases for blockchain tech, following transaction giant PayPal’s entry into the space. The prospect of a finally-approved Bitcoin exchange-traded fund, or ETF, may also encourage greater frenzy, asset appreciation and narrative maturation.

While an abundance of price euphoria is (with any luck) close at hand, it is important to note that no bull run lasts forever. And as the saying goes, the bigger they are…

Decentralized finance was undoubtedly the talk of 2020. This experimental and tenderfooted form of nouveau commerce shifts important financial pillars, such as currency exchange, collateral loans, reserve asset distribution, credit scoring and savings accounts, into the decentralized hands of consumers. A foundation of smart contracts, or code-based commitments that self-execute when a series of predefined parameters are met, governs these burgeoning systems. Like Bitcoin before them, many DeFi platforms reclaim their user’s sovereignty from the too-big-to-fail institutions that so many have come to distrust.

While the majority of parties surveyed for this article agreed that DeFi innovation was sure to proliferate throughout 2021 and beyond, not all aspects of this rising star were expected to prevail. In fact, the number one trend that our writers and editors felt had run its course was the controversial asset distribution paradigm known as yield farming.

Yield farming is yet another way of rewarding a platform’s users for their engagement. Parties providing liquidity to a decentralized exchange, for instance, may be compensated with an allocation of the platform’s proprietary token. Such tokens generate any number of benefits, including governance capabilities and the nebulous inevitability of price speculation. While financial motivation — i.e., greed — often drives users to participate in a given platform’s offering, the community as a whole has grown ever wearied by an excess of scams, hacks, rug pulls, contract malfunctions and platform collapses.

Millions of dollars in value were lost in 2020 to the colorable scourge that is yield farming. An air of insatiable avarice tempted users to lock their assets into often unaudited smart contracts, developed more often than not by anonymous actors, and leading at times to disastrous results. Who could resist the lure of 70,000% APY, ultimately?

Like most blockchain advancements, these protocols are merely a tool, however. It is the opinion of your humble author that in just hands, such rewards systems may yet provide the cornerstone of a brighter tomorrow.

There are few certainties we might allow ourselves when it comes to the future of blockchain, save one: Increased regulatory scrutiny is sure to march ever forward.

There are a lot of unknowns as-yet uncovered when it comes to governing decentralized technology. Long overdue resolutions, such as those that might offer greater tax clarity to users, may soon be on the horizon for our nascent industry. In some situations, salient regulation may help (rather than hinder) the space. The tea leaves seem to indicate, for instance, that private stablecoin issuance will not be aggressively regulated for the time being. The ability to shelter in stable assets could further ease the friction and unease felt by new users as they face their first maelstrom of crypto volatility.

Other questions linger unanswered. Is Ripple a security, and if it isn’t, why not? Will Facebook ever be allowed to launch its cryptocurrency? How many more SEC settlements can we expect from dinosaur-aged initial coin offerings? What kind of pressure will governments place on the innovations of DeFi? “Ask again later,” says Cointelegraph’s magic 8 ball.

Increased regulation is not the only political action we might expect in 2021. Many countries are gearing up to launch their own central bank digital currencies — a sea change that will further cement blockchain technology’s place in the annals of history. Likewise, governments are eyeing the technology for a variety of internal and citizen-facing use cases. We are likely to find everything from increased structural efficiencies to voting transparency on the docket for governmental consideration in nations throughout the world in 2021.

NFTs and the tokenization of brand equity

Nonfungible tokens are a little-understood chimera of decentralized utility. These tokens allow creators to manufacture assets that are provably unique, thereby crafting the ultimate launchpad for promotable digital ownership. There are few limits to what NFTs are capable of representing. Games with tokenized items and characters incite resource-based economies that stretch far beyond the experiences they inhabit. Digital artists find fresh renown and compensation through the distribution of conclusively one-of-a-kind masterpieces that, at times, allow their creators to profit, long after a work’s initial sale. They let interested parties divine the ownership of tangible products via transparent, on-chain means. Their use cases are vast, and their advocates increasingly bountiful.

We saw everyone from international sports teams to legendary sci-fi actors launching creator and fan tokens in 2020. There is no reason why this trend should not continue, and even expand into fresh industries, over the course of 2021. When properly orchestrated, NFTs help to form closer relationships with a brand’s consumers. We can no doubt anticipate this asset class expanding into the influencer world, and soon to major brands, teams, charities and affinity groups. NFTs will open the backdoor to crypto for non-tech-savvy consumers, and eventually instigate the full tokenization of brand equity.

With the launch of Ethereum 2.0, we can likely expect a continuing heyday for the world’s most actively used blockchain. At the same time, the narratives around once-heralded “Ethereum killers,” such as Cardano and Polkadot, could shift further toward talks of “coinciding alongside ETH.” Many of these projects will likely thrive through a bravura of cross-chain enhancements.

The creation of new oracles (and their relevant partnerships) should persevere into the imminent future, expanding the usefulness of the multifarious decentralized ecosystem. As useful on-chain data grows, it is probable that companies and governments will want to launch smart contracts of their own that utilize the environment’s ubiquity.

Public content will only get us so far, however. 2021 may engender the propagation of private smart contracts which, though secured by public blockchains, ensure the confidentiality of their architects. Though the content and actions of these contracts may be obscured, their results should still remain verifiable to outside parties.

The globally scaled ability for sovereign individuals to self-govern without the need for electoral representation is a privilege denied to all who have come before us — but our world is changing. We have entered a new era, in which self-sufficient communities can thrive without extraneous funding or resources; a world in which platforms answer to their customers because their customers are also their authors, contributors and benefactors.

A resurgence of past artifacts of distributed innovation such as decentralized autonomous organizations may spring forth in new and surprising ways, leading to a rethinking of what it means to be a “corporation.” Employees may begin to take control of their own destinies, revolutionizing the concept of work-life balance and pay equity. Companies that once committed atrocities in the name of their bottom line may be reigned in under the new management of direct democracy.

Initial exchange offerings may soon fill the void left by 2017’s unregulated coin offerings. These should allow consumers to put their weight behind the ideas that inspire them without fearing the dearth of accountability, which was ever so present during the last bull run.

Social networks and digital commonwealths may too be an untapped vein for crypto pioneers — an exemplar for the ever-teased promise of cryptographically-secure digital identities. The pinnacle of which will accommodate anonymity without sacrificing accountability.

The dark recesses of humanity

Scams, digital ransoms, pump-and-dumps, pseudo-celebrity grifts and fork collapses. So they have been, and so they shall be. Let it be stated without dispute that the dark underbelly of humankind existed long before the creation of distributed technology, and it will persevere long after apocalyptic solar flares send our species back to a pre-industrial stone age. We have seen all manner of unscrupulous activity from the faceless filth that inhabits much of our digital society. Like a hydra, when one is toppled, two more rise.

This trend will undoubtedly continue ever onward, though hopefully with the growing understanding that it is the people — not the technology — that are at fault.

Let us, too, endeavor to counter this would-be lawlessness through the patient education of our family, friends, peers and digital strangers. Grandma doesn’t know that government officials do not demand questionable Bitcoin payments on threat of asset forfeiture. You need to tell her.

So, there you have it. That’s it. That’s the tweet — All nigh-2,000 words of it. Get your 2021 bingo cards ready folks because it is up to you to hold these predictions to account.

On behalf of the Cointelegraph team — Happy New Year, and many happy returns!