Posted at 20:10h in Uncategorized by 0 Comments
0 Likes 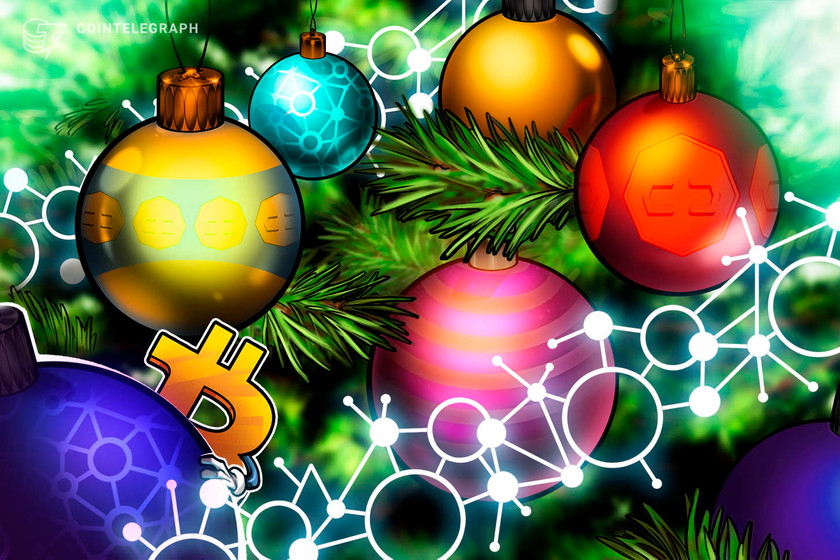 Aavegotchi sent the crypto user donations from more than 200 deposits for Christmas Day.

A crypto user who lost roughly $50,000 from a smart contract mistake before the holidays is thanking the crypto community for donating $11,000 to help recover the loss.

Earlier this month, Github user dawidkabani13 said he had accidentally sent 4,005 Chainlink (LINK) — worth roughly $47,000 at the time — to an immutable Aavegotchi (GHST) smart contract on the Ethereum blockchain. He immediately realized that it did not support operations for the token and reached out to the crypto community asking for any and all help to recover his “life savings.” The crypto user offered a 1,000 LINK reward and tagged Ethereum co-founder Vitalik Buterin on Twitter asking if he could personally reverse the transaction.

Aavegotchi responded to the incident by setting up a donation page intended to help Dawid recover the funds before the holidays. On Sunday, the project’s co-founder Jesse Johnson reported that they had sent the crypto user roughly $11,000 in tokens on Christmas Day from more than 200 deposits.

“Though there was no technical solution, we realized a charity in the Christmas spirit could be a great opportunity to demonstrate the human side of crypto,” Johnson told Cointelegraph. “It hit very close to home because it’s honestly the kind of simple oversight I can see myself or anyone for that matter making.”

Dear friends, @aavegotchi and #crypto community! Today I am shocked by the support shown to me and my family. The charity received is a really large amount and it will help me get back on my feet.
If all these years I could call something “Christmas magic” then this is IT! pic.twitter.com/3Uw7CiMDQm

The missing LINK funds are likely “stuck in the [Ethereum] diamond forever” according to the smart contract’s author, Nick Mudge. The price of the token has also fallen roughly 2.5% since Dawid reported the mistake on Dec. 11, reaching $11.41 at the time of publication.

“The whole crypto community helps me with this, people really want to help me both mentally and financially,” said Dawid two days after making the smart contract mistake. “I met a lot of people who also lost a lot of money in various ways. People are afraid to talk about it because they are ashamed — I believe that it is worth sharing your problem, the vast majority want to help.”

Some crypto users have reported making similar errors over the years, but it’s not all bad news. Though the immutability of many transactions can often result in funds being lost, some help highlight the best of humanity. Last year, a crypto educator in Nigeria returned 7.8 Bitcoin (BTC) — worth roughly $80,000 at the time — mistakenly sent to his wallet.