Bitcoin price surged to $24.6K, but direction of next rally is unclear
1890
post-template-default,single,single-post,postid-1890,single-format-standard,bridge-core-2.3.7,ajax_fade,page_not_loaded,,qode_grid_1300,footer_responsive_adv,qode-content-sidebar-responsive,qode-theme-ver-22.3,qode-theme-bridge,disabled_footer_bottom,qode_header_in_grid,wpb-js-composer js-comp-ver-6.2.0,vc_responsive,elementor-default,elementor-kit-199

Bitcoin price surged to $24.6K, but direction of next rally is unclear

25 Dec Bitcoin price surged to $24.6K, but direction of next rally is unclear

Posted at 17:21h in Uncategorized by 0 Comments
0 Likes 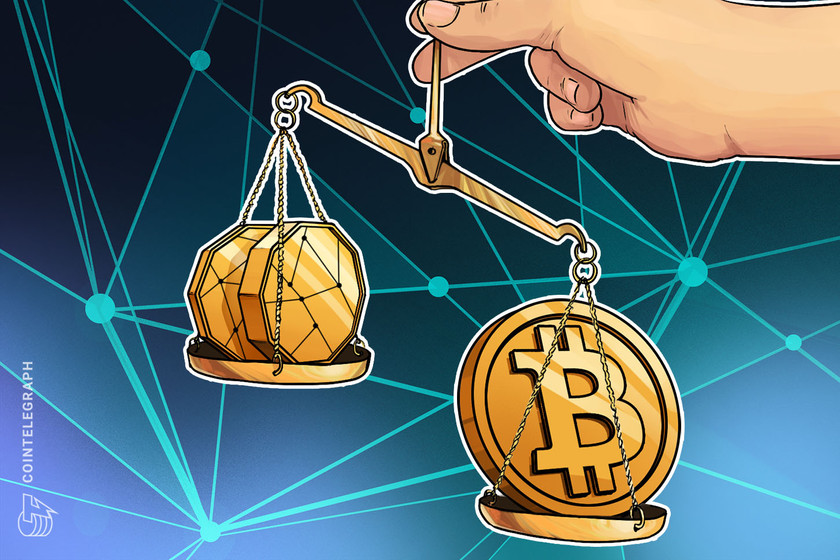 The price of Bitcoin surpassed its all-time high and surged above $24,600 as traders analyze what will come next.

The market sentiment around Bitcoin remains overwhelmingly positive, but there are some concerns put forth by analysts in the foreseeable future and as a result, the next move is not a clear-cut one.

The funding rate of Bitcoin futures

Bitcoin (BTC) has rallied above $24,600 with a relatively small short squeeze. In the past four hours, only $95 million worth of short contracts were liquidated, suggesting that this rally has not been triggered by a short squeeze. A short squeeze occurs when many short contracts, or sell orders, get liquidated in the futures market. This happens when sell orders are overleveraged, which means traders are aggressively selling Bitcoin with borrowed capital.

The average funding rate of the Bitcoin futures contract on most exchanges is 0.01%. When the funding rate is at 0.01%, the trader has to pay 0.01% of their position as an incentive to short-sellers, who are the minority of the market. However, when the funding rate increases and traders who are buying Bitcoin have to pay large funding fees, it becomes less compelling to long Bitcoin.

Currently, as of Dec. 25, the funding rate of Bitcoin futures is hovering at 0.1%. As such, traders and strategists say that Bitcoin is at risk of a pullback because it has become less compelling to long BTC, at least in the short term. Mohit Sorout, the founding partner at Bitazu Capital, pointed to the extremely high funding rate of Bitcoin to suggest that a pullback is likely: “Would be utterly surprised if $btc just kept going up from here.”

Edward Morra, a cryptocurrency derivatives trader, echoed a similar sentiment. He added that many traders in the futures market started longing or buying Bitcoin after it hit around $24,400. Following the drop, he expects the funding rate to reset after a local correction. Morra tweeted: “deriv traders weren’t buying the dip lower but instead turning omega bullish at the top again, classic. Now, spot chads will flush them, send premiums and funding to baseline and continue after a local correction.”

However, some traders disagree that the futures funding rate is of the utmost importance during a strong bull run. Salsa Tekila, a pseudonymous Bitcoin trader, noted that the funding rate of BTC reached as high as 0.375% in the 2017 bull market. Considering that the price is much higher but arguably in an earlier stage of the rally, the trader said the funding rate alone might not be accurate to predict a top:

“Shorting ATH during price discovery bull trend based solely off of funding while hoping for a Wyckoff top seems extremely stupid to me. Funding was 0.375 (max) for weeks in 2017 bull trend.”

Considering the previous historical price cycle of Bitcoin, traders are more cautious to forecast a peak in the short term. This leads to the bull case for BTC in the foreseeable future, which revolves around the theory that during a bull market, historical trends might not repeat.

The bull case for Bitcoin in the near term

The short-term bull case for Bitcoin is based on two major factors: institutional accumulation and altcoin profits cycling into Bitcoin. Both trends are still ongoing, as inflows into Grayscale continue to increase, while altcoins lag behind BTC.

Ki Young Ju, CEO of CryptoQuant, said that he expects Bitcoin to correct when the institutional buying slows down. But, until that happens, which would be visible by assessing Grayscale’s assets under management and CME futures data, Ju said he would maintain his bullish bias: “When institutional buying stops, the price will be likely to fall sharply. The new ATH would be determined by institutional investors when they stopped buying $BTC. Till then, I’ll keep my bullish bias.”

According to Grayscale, the firm’s total assets under management hovers at $16.3 billion, with over $14 billion of it coming from the Grayscale Bitcoin Trust (GBTC). The AUM of GBTC is considered a metric to gauge the institutional sentiment around BTC because it’s often the first point of entry for institutions into the Bitcoin market, particularly in the United States.

The combination of the strong institutional accumulation of Bitcoin and the drying liquidity of the altcoin market buoys the short-term bull case for Bitcoin. Santiment, an on-chain market analysis firm, tweeted: “Liquidity has decreased rapidly in the vast majority of #crypto assets outside of $BTC and $ETH as the year is coming to a close.” This indicates that most of the interest in crypto is still concentrated around Bitcoin.

Based on exchange heatmaps from Material Indicators, the next major resistances for Bitcoin are at $25,000 and $30,000. There are stacked sell orders above the two levels, which could cause a temporary pullback once those resistance areas are reached. Until then, with high institutional demand and the altcoin market lagging behind, the sentiment around Bitcoin remains strong.