Posted at 14:45h in Uncategorized by 0 Comments
0 Likes 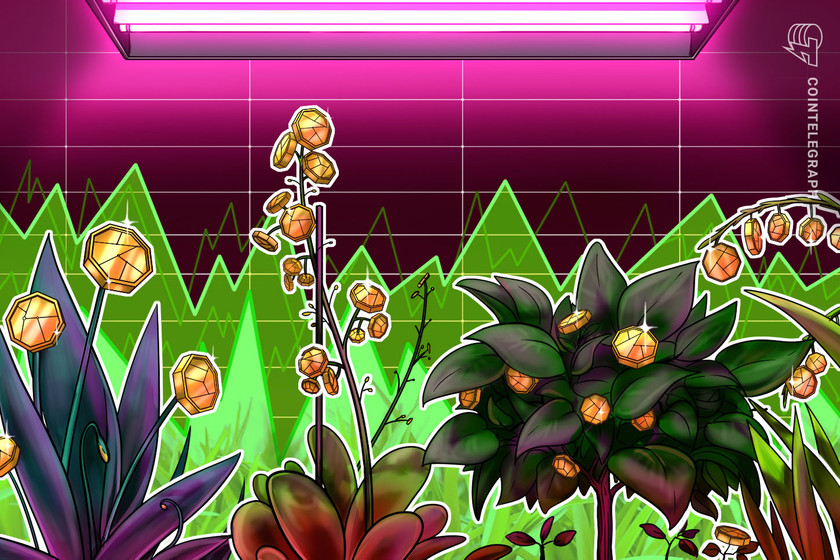 There are several factors why SNX is seeing some impressive gains over the past month.

SNX, the native token of Synthetix, a DeFi derivatives protocol, has been surging throughout the past week and is now worth over $7.87 as of Dec. 23.

The primary catalyst behind SNX has been a listing on Coinbase. On Dec. 16, Coinbase officially announced the listing of Aave (AAVE), Bancor (BNT) and Synthetix (SNX).

Other factors include the rapid increase in the total value locked and user interface improvements via its latest software upgrade on Dec. 22.

Why is Synthetix seeing a massive increase in user activity?

Staking is another feature that is likely attracting users due to its relatively high annualized percentage yield based on the protocol’s cash flow mechanism. Essentially, the fees that occur from trading on Synthetix are collected and distributed to SNX stakers pro-rata balance.

The combination of a spike in interest in Synthetix from the Coinbase listing and the platform’s overall rise in user activity likely triggered the 100% rally since late November.

On Defipulse.com, which tracks the total value locked in the DeFi ecosystem, Synthetix now ranks fifth just behind Uniswap. Over $1.2 billion worth of assets are now locked in or staked in the Synthetix ecosystem, posting massive growth over the past month.

On Nov. 3, the total value locked (TVL) in Synthetix was around $421 million, which means the TVL has almost tripled in less than two months.

Lastly, some traders pinpointed the favorable technical structure of SNX in November when it was trading at around $4.

On Nov. 26, a pseudonymous trader known as “Benjamin Blunts” spotted an inverse head and shoulders (IHS) bottom pattern. He said:

“Textbook IHS forming on $snx, 0.618 wicked all stops below support were taken out and stop hunted plus all the volume is in the right shoulder which is EXACTLY what i want to see in an IHS bottom, got spooked today but im dipping my toes back in and long targeting 80-100% higher.”

The ongoing rally of SNX is particularly noteworthy because the altcoin market suffered a steep correction in the last 24 hours following XRP’s sharp pullback.