Predicting the next Bitcoin price top: Here’s what may come after $23K
990
post-template-default,single,single-post,postid-990,single-format-standard,bridge-core-2.3.7,ajax_fade,page_not_loaded,,qode_grid_1300,footer_responsive_adv,qode-content-sidebar-responsive,qode-theme-ver-22.3,qode-theme-bridge,disabled_footer_bottom,qode_header_in_grid,wpb-js-composer js-comp-ver-6.2.0,vc_responsive,elementor-default,elementor-kit-199

Predicting the next Bitcoin price top: Here’s what may come after $23K

18 Dec Predicting the next Bitcoin price top: Here’s what may come after $23K

Posted at 17:29h in Uncategorized by 0 Comments
0 Likes 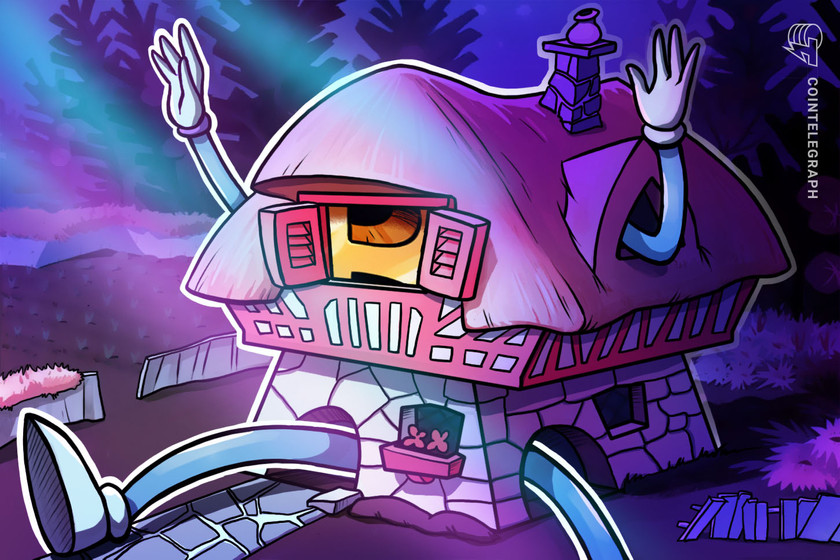 The price of Bitcoin has surpassed $23,000, and analysts predict where BTC is headed next after a significant rally.

Bitcoin price surpassed $20,000 with ease on its third retest, buoyed by a surge in buy volume. Following the breakout, analysts anticipate the dominant cryptocurrency to eventually rise to the mid-$30,000s. However, in the short term, the expectations of a pullback are growing.

There are compelling arguments for both short-term bull and bear cases. Traders who are highly optimistic in the near term state that the surge past $20,000 has confirmed a new bull trend. With no technical resistance above it, a continuation of the rally is anticipated. Because there is no historical data to rely on above $20,000, Bitcoin (BTC) has entered unprecedented territory.

Analysts who are short-term cautious expect Bitcoin to face some retracement in the foreseeable future. The $20,000 level remains an attractive support level because it is the previous all-time high reached in December 2017. A retest of the previous peak would be a textbook technical pattern, which would reset everything and make the derivatives market less crowded.

The options market is pricing a potential Bitcoin rally up to between $36,000 and $50,000 in the medium term. This shows that many options traders are expecting the Bitcoin rally to continue into 2021. A larger uptrend in early to mid-2021 would mean that BTC replicates the post-halving trend it saw in 2017. In 2016, Bitcoin saw its second block reward halving, and 15 months after that, it peaked at around $20,000.

Denis Vinokourov, head of research at Bequant, told Cointelegraph that the options market pricing Bitcoin at $36,000 during a rally does not necessarily mean traders expect it to reach $36,000. For example, he explained that the probability of the $36,000 strike is currently at 12%, which is relatively low. Hence, while $36,000 and $52,000 could materialize, for now, the probability still remains low:

“The options market is as much about trading mis-pricing and hedging as it is about a directional play. The fact that there is a huge open interest resting at such a high strike doesn’t mean that the underlying will trade there, although it’s reasonable to expect some price attraction. There is also high OI at $52,000, but the delta (probability) is slim at four percent.”

Guy Hirsch, managing director for the United States at eToro, said that options interest suggests a rally to the mid-$30,000s could occur. But Hirsch emphasized that it is too early to call a peak for Bitcoin, especially considering that it has just surpassed the all-time high. It has been less than 72 hours since BTC broke past its record high, and it has yet to establish a support level and near-term resistance levels.

Both Vinokourov and Hirsch anticipate that dips are likely to occur following the recent rally. Historically, throughout the bull cycles seen in 2017 and 2019, Bitcoin saw 20% to 40% pullbacks, which were useful to reset the derivatives market. Pullbacks can make rallies more sustainable because they prevent uptrends from becoming overheated and overwhelmed with buyers.

Hirsch told Cointelegraph that $20,000 and $15,000 are potential areas Bitcoin could correct to if confidence dwindles. But if Bitcoin’s momentum continues to strengthen, he believes Bitcoin could simply consolidate higher. Even if pullbacks occur, Hirsch emphasized that dips would be short-lived due to the clear increase in institutional demand. He explained: “Either we consolidate and move higher as institutions take advantage of the buying opportunity, or confidence falls and we see a drop possibly to as low as $15,000, as some including even JP Morgan have suggested.”

“The price action following the break of $20,000 has been very much one-sided but, as it stands, there is no sign of liquidity drying up or market makers getting it wrong and blowing up. Instead, the price action remains well-managed thanks to an influx of retail flow, as much as institutional. Profit taking is not something that retail looks to be contemplating just yet, so any rebalancing by the institutional side will likely be met by dip buying flow.”

The most ideal scenario for Bitcoin?

Bitcoin has continuously rallied since September, with one major dip to $16,000 in November. Other than that, BTC has not seen large pullbacks or long squeezes like in 2017. This has some analysts pondering whether the market dynamics have changed for Bitcoin and large corrections are less likely to happen.

One of the main reasons behind the lack of severe corrections is Bitcoin’s declining reliance on the futures market. Spot volumes have been growing, fueled by the rising institutional demand across venues such as Grayscale, CME and Bakkt. Hence, long and short squeezes could have a smaller impact on the price trend of Bitcoin.

The most favorable trend for Bitcoin, according to Hirsch, would be the establishment of a clear support area and lowering volatility, at least for a while. The volatility of Bitcoin has been increasing intensely for a prolonged period, which has rattled the markets every time a major price movement has occurred. According to Hirsch: “It’s important to realize that, with each passing month, we have been consistently hitting higher highs and higher lows. The latter is important because it is a strong indicator of increased adoption.”